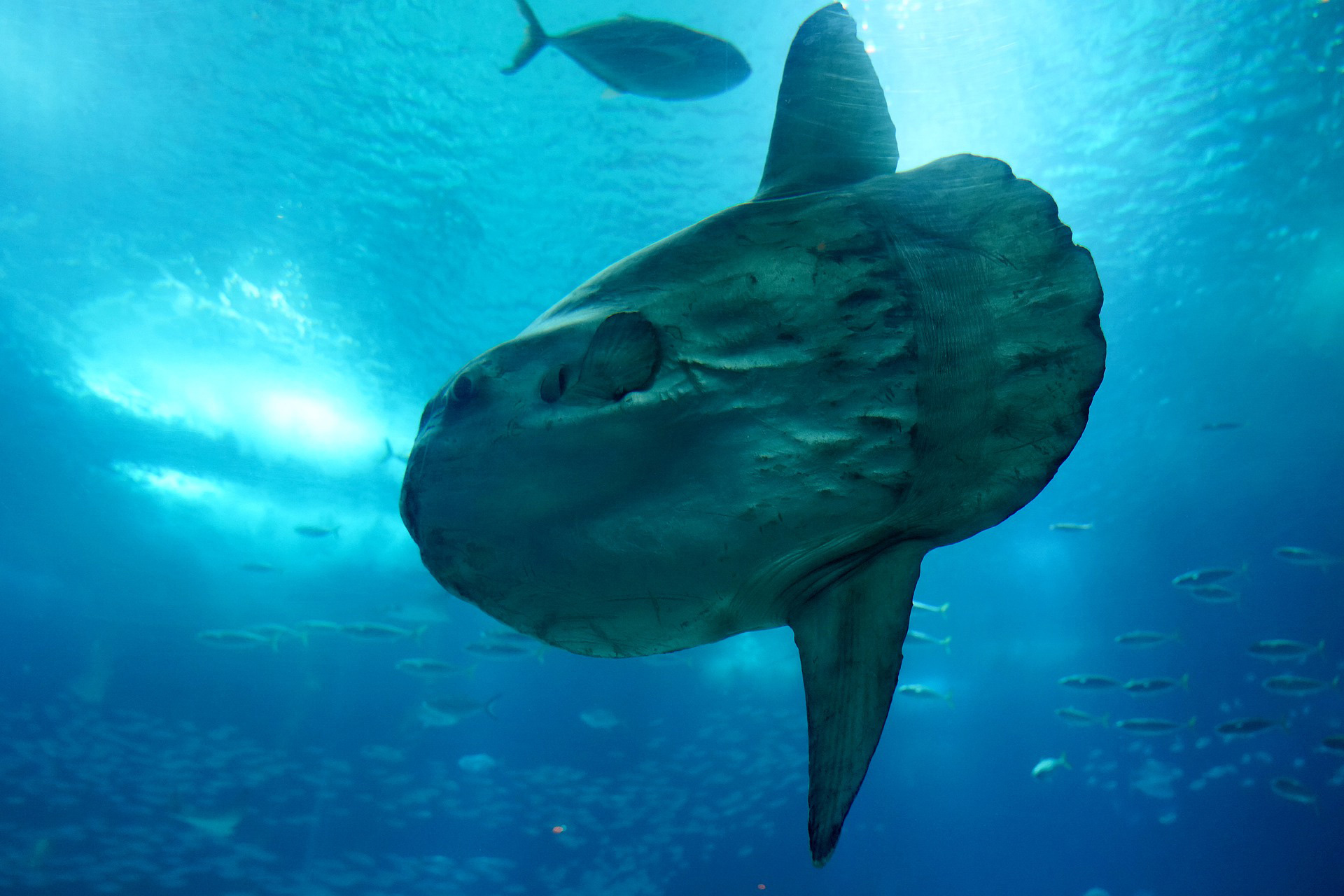 Bony fish (Scientific name Osteichthyes) are fish that have a skeleton made of bone. They also have teeth that are fixed into the upper jaw. They have a swim bladder that opens into the gullet. They do not have to swim to push water through the gills.

Bony fish are often divided into two groups - the Ray-finned fish which contain most species of fish and the very small group of Lobe-finned fish. The fins of these fish have jointed, bony rays that support them. These fish have large eyes and no internal nostrils. They have a swim bladder that opens into the gullet.

Bony fish can be omnivores, carnivores, herbivores or detrivores. The ocean sunfish is the largest bony fish and the longest is the oarfish. Specimens of ocean sunfish have been observed up to 3.3 metres in length and weighing over 2,300 kilograms.