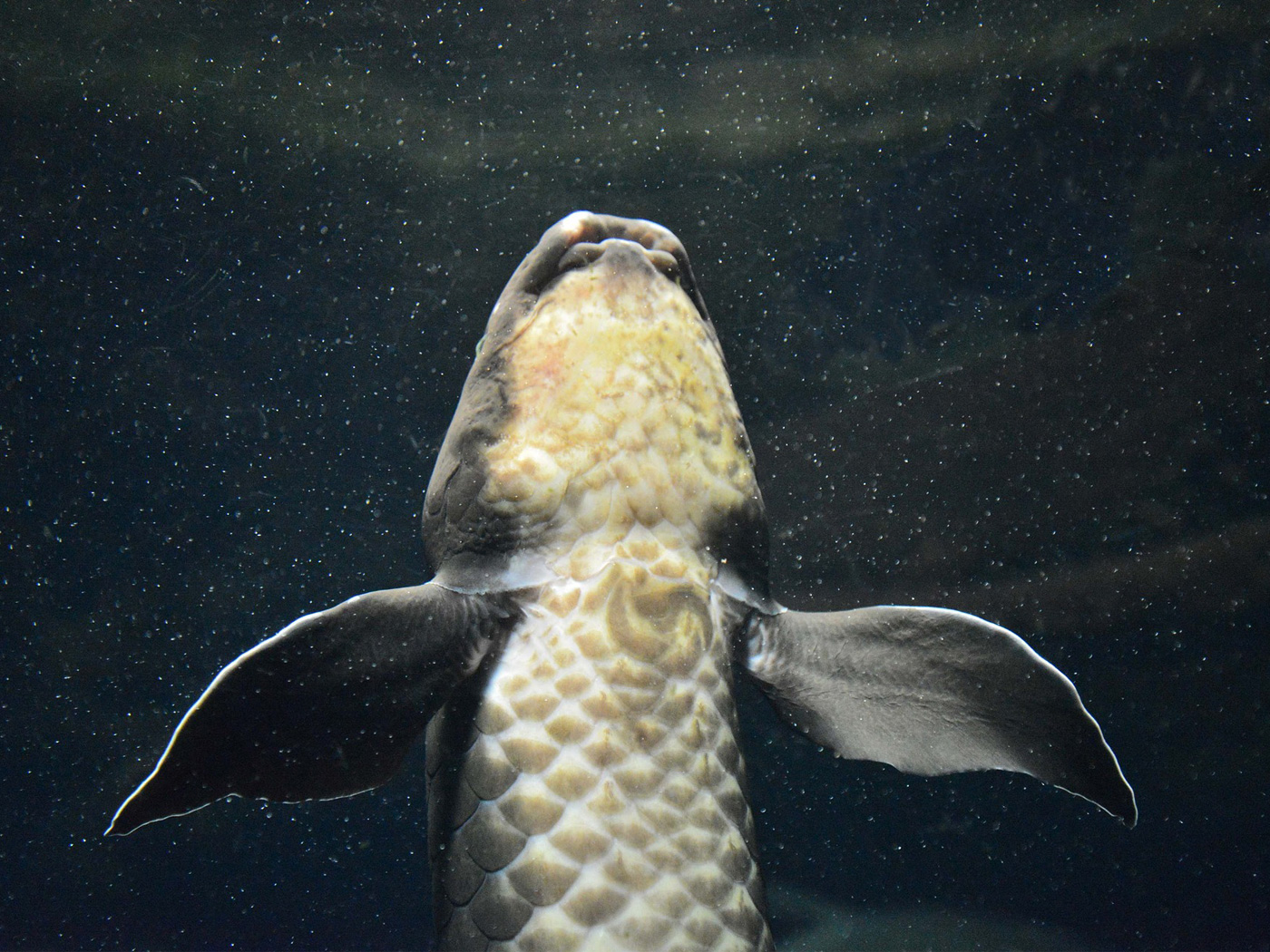 The most important features of lobe-finned fish is the lobe in their fins. Unlike other fish, Lobe-finned fish have a central appendage in their fins containing many bones and muscles. The fins are very flexible and potentially useful for supporting the body on land, as in lungfish and tetrapods (vertebrates with four limbs). Tetrapods are thoughto to have evolved from primitive lobe-finned fish.

The coelacanth was thought to have become extinct 65 million years ago until its capture in 1938 by a South African museum curator on a local fishing trawler. There are only two known species of coelacanths: one that lives near the Comoros Islands off the east coast of Africa, and one found in the waters off Sulawesi, Indonesia.