Fish are one of the five groups of Vertebrates which also include Amphibians (almost 7,000 species), Birds (over 10,000 species), Mammals (over 4,200 species) and Reptiles (about 8,000 species). All vertebrates have backbones and spinal columns. There are about 58,000 species of vertebrates. Forty percent of all the fishes evaluated in a 2007 survey (3,100 fishes assessed) were classified as threatened by the IUCN in 2007.Fish can be found in nearly all aquatic environments, from high mountain streams to the deepest oceans. There are over 32,000 species making them by far the largest group of vertebrates. Fish are aquatic animals. Most have streamlined bodies for fast swimming, are covered with scales with two sets of paired fins, have gills throughout their lives (to extract oxygen from water), several unpaired fins and lay eggs. Most fish are "cold-blooded", or ectothermic, allowing their body temperatures to vary as ambient temperatures change. There are exceptions to all of these.Fish range in size from eight millimetres (stout infantfish) to 16 metres (whale shark). A whale shark can weigh 14 tonnes and can swim at up to 8 or 9 kph..Many aquatic animals commonly known as "fish" are not fish in according to the definition above including shellfish, cuttlefish, starfish, crayfish and jellyfish.Fish are divided into three basic groups which include Cartilaginous fish, Bony fish (over 29,000 species) and Lobe-finned fish. In some classification systems, Bony fish are divided into two groups - the Ray-finned fish and the Lobe-finned fish.Lampreys and hagfish are often classified into a separate group called the Agnatha.Cartilaginous fish (around 970 species) have a skeleton made from cartilage. Cartilaginous fish include sharks, rays, skates and chimaeras (ghost sharks).Bony fish (also known as Ray-finned fish) are the largest of the three groups of fish with almost 27,000 species such as salmon, trout, lanternfish, cavefish, cods, anglerfish, tarpon, herrings, electric eels and many more. Bony fish have a skeleton made of bone.Lobe-finned fish are a group of bony fish that have paired fins supported by fleshy lobes with bones. Ancient lobe-finned fish are thought to be the ancestors of the first four-legged land vertebrates. There are only eight species of lobe-finned fish in existence now including lungfish and coelacanths. 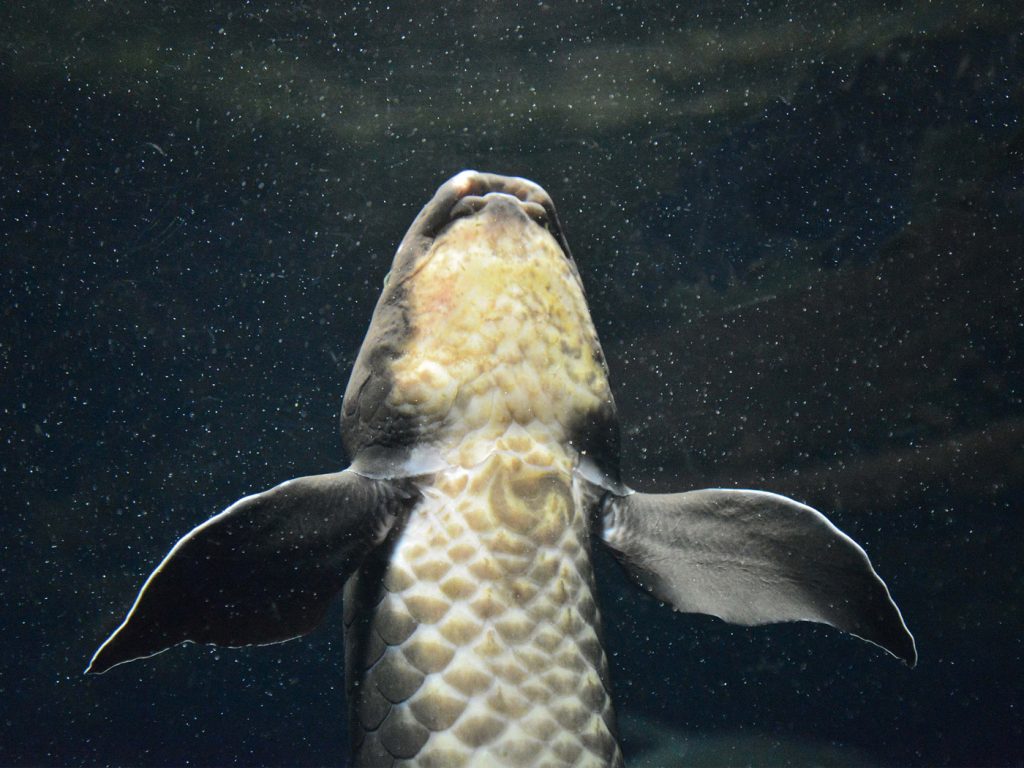 The most important features of lobe-finned fish is the lobe in their fins. Unlike other fish, Lobe-finned fish have a central appendage in their fins containing many bones and muscles. The fins are very flexible and potentially useful for supporting the body on land, as in lungfish and tetrapods (vertebrates with four limbs). Tetrapods are thoughto to […] 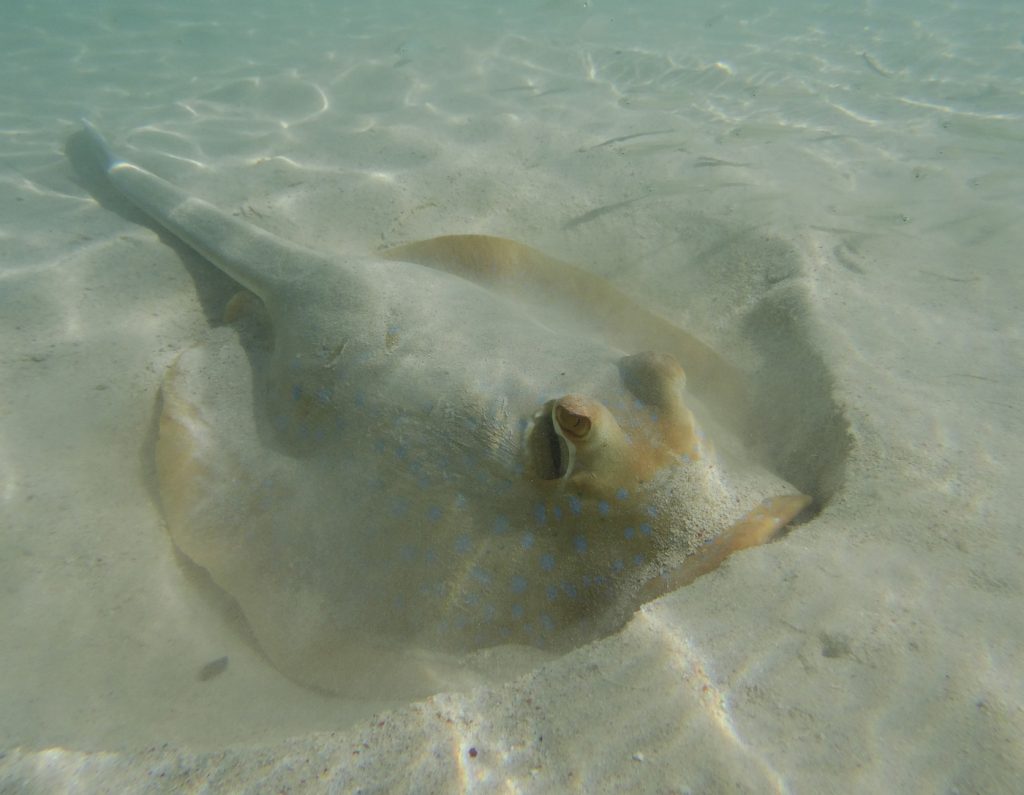 Skates and Rays Cartilaginous fish (scientific name Chondrichthyes) have a skeleton made from cartilage instead of bone. Cartilage is tough and flexible and provides enough structural support to allow these fish to grow to very large sizes. Cartilaginous fish include sharks, rays, skates and chimaeras. There are approximately 600 different species of rays and skates and […] 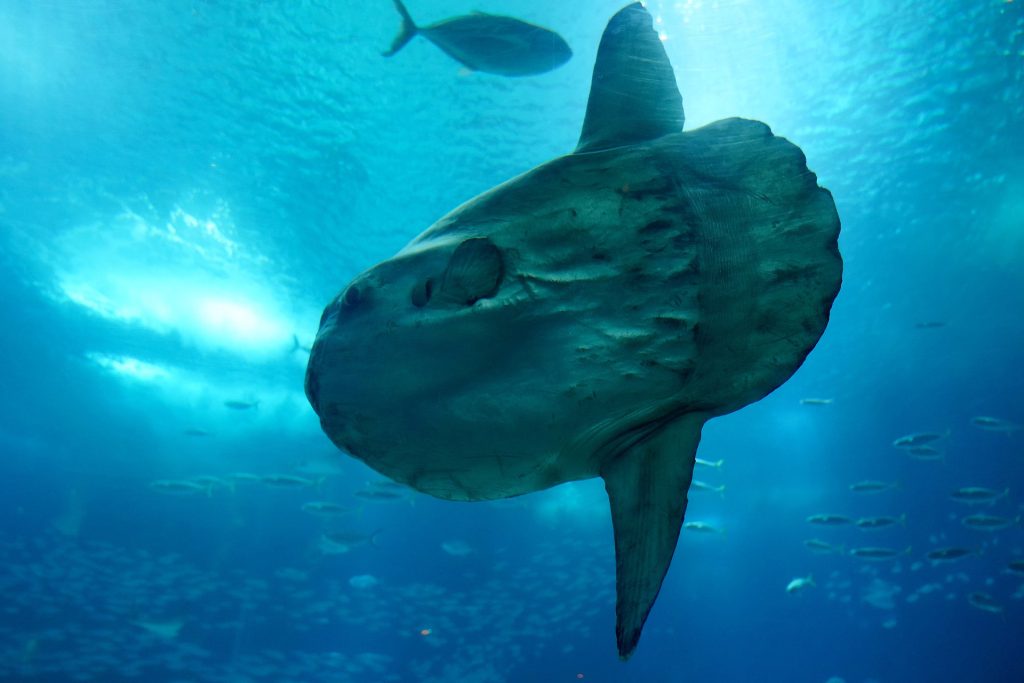 Bony fish (Scientific name Osteichthyes) are fish that have a skeleton made of bone. They also have teeth that are fixed into the upper jaw. They have a swim bladder that opens into the gullet. They do not have to swim to push water through the gills. Bony fish are often divided into two groups – […]